Completely different to whatever I have done before, but it was really challenging so I did not think for a long time when I was asked few months ago if I wanted to go. I just needed some restart after the Dakar and all the rush afterwards. Lot of interviews, articles, emails, etc. I was more than happy to get out for few days and be out of any connection for a week. 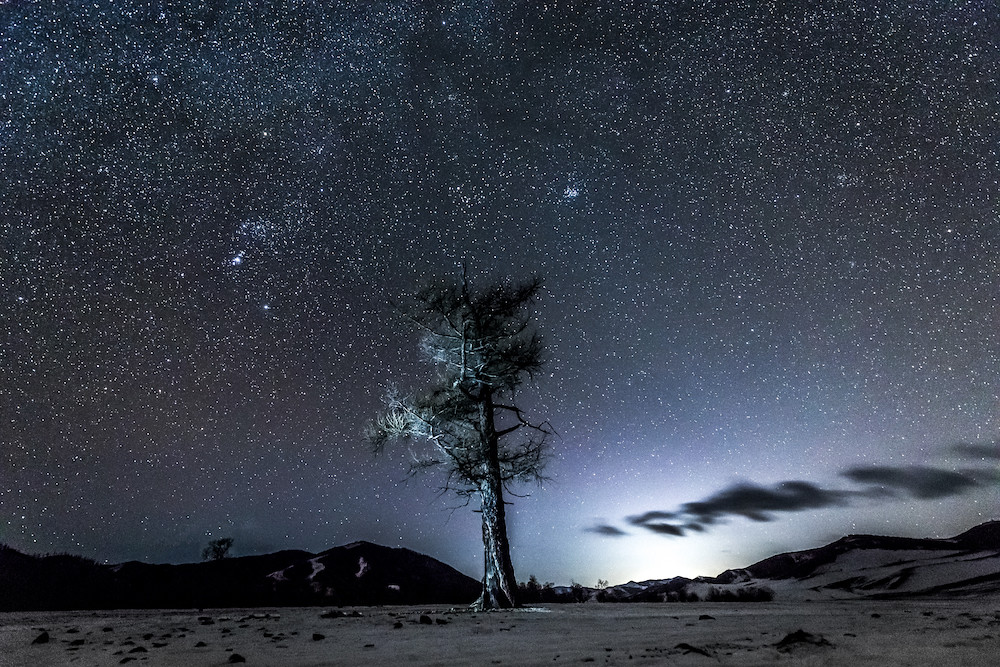 When I was booking the ticket, my friend Pavel, who was traveling with me, wrote me that at the end he decided to book a different ticket we talked about at the beginning because 2 hours for a transfer in Moscow is not enough. I stuck to my original plan which was a huge mistake. The plane from Prague to Moscow was delayed. They told me at the check in I am still ok to go, that the plane to Ulaanbaatar will wait for me as they know about me, that the weather in Moscow is really bad so the other flight will be probably delayed as well. So I went to Moscow and “surprisingly” missed the flight to Mongolia. When I arrived to Moscow I went to the Aeroflot transfer desk:

Me: Hi, I missed the flight to Ulaanbaatar because the flight from Prague got delayed and they did not wait for me.

The Aeroflot lady: Ok, let me check it…… Ok, the next flight to Ulaanbaatar is in 2 days, so you can take this one. Next please!

Me: Are you serious? In 2 days? There is no other option? What should I do here for 2 days?

Her: I do not know, I am not a booking office. Sit down and wait. 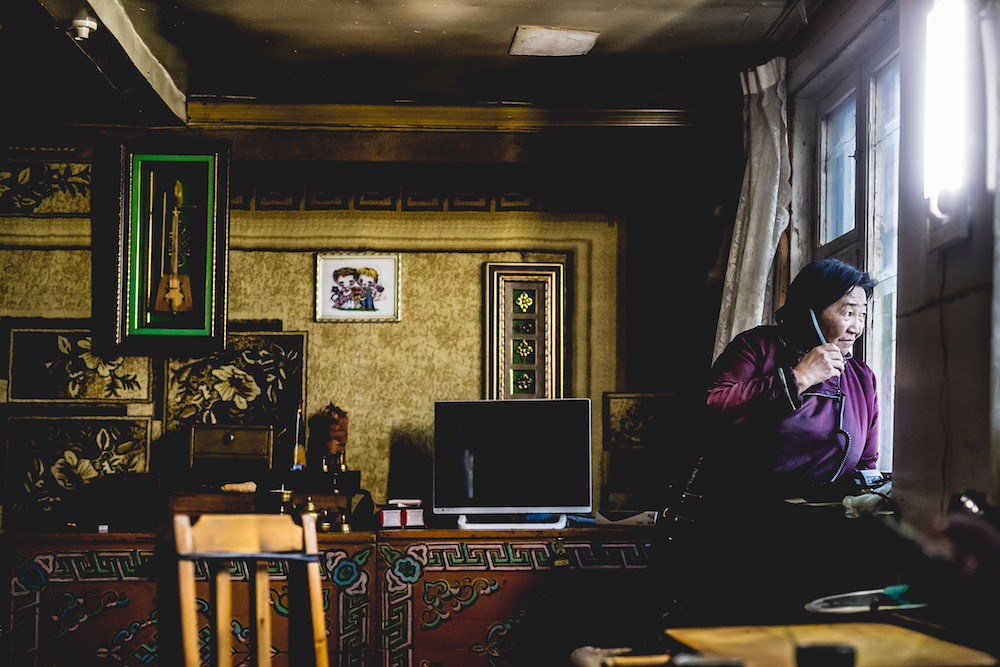 The behavior was just unbelievable. After half and hour she called me back and at the end we found a solution to go to Beijing the next day. Anyway at the end I spent around 15 hours over the night in Moscow, without a hotel - they said they do not have any rooms. Then travelled to Beijing for 8 hours. Got out to hotel for like 5 hours over the night (good thing about China is that you can get a visa for 48 hours to go out, so you can actually stay in a hotel, not like Russia), jumped on a plane and got to Ulaanabaatar “just” like 30 hours later than I was supposed to. As a bonus Aeroflot did not send my luggage with me and left it in Moscow. As there was like -40 degrees during our trip there were lot of things I had in my luggage and could not really go for the trip. So I needed to wait another day, until the plane they offered me at first (2 days later) arrived and brought my luggage. 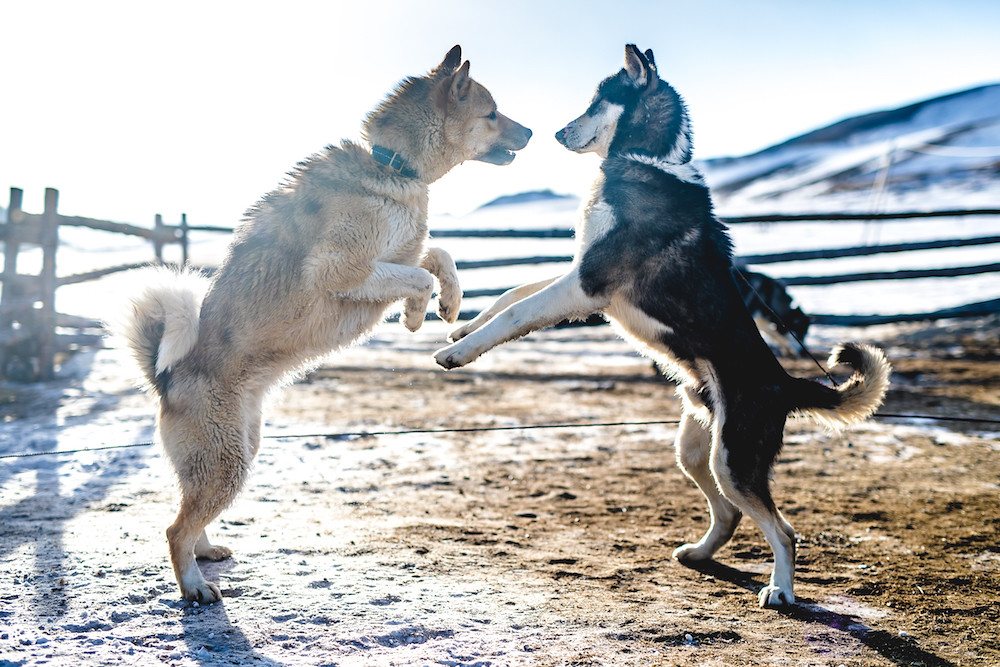 Fortunately for me it was still possible to join the other guys on the sledges and I only missed one day of the trip. The whole trip was on the frozen river. It was for 7 days, 3 days up, 3 days down, and one day round trip. Every day we did around 30km (just a guess) and slept at a different spot. We were usually hosted by some local nomads, sleeping in the tents (jurtas) that were prepared for us. It was only two of us - I and Pavel doing that trip. All together it was five of us on four sledges. Joel - the organizer who was always in front on the sledge with his assistant. Then it was me on my own sledge and Pavel on his, plus as the last one it was one other assistant who was following us and who was checking everything was ok. Each of us had 7 dogs. We always did a stop in the middle of the trip to make a fire and have some lunch. We always needed to take everything with us. All the food for us and food for the dogs, our bags with clothes, etc. For two days we even needed to pack up part of the jurta to set it up on the spot where were no locals. 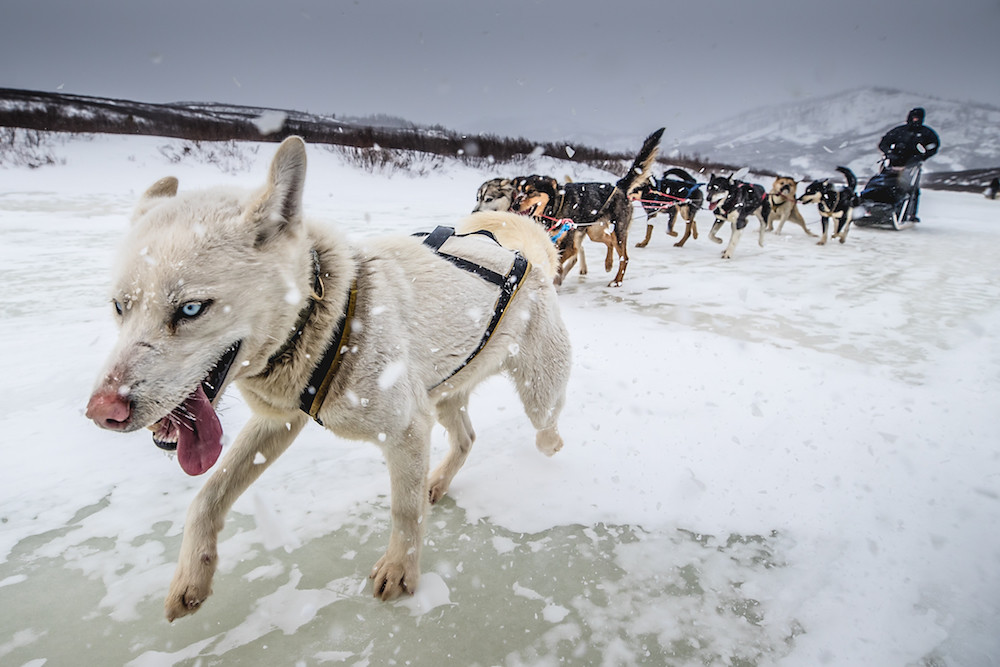 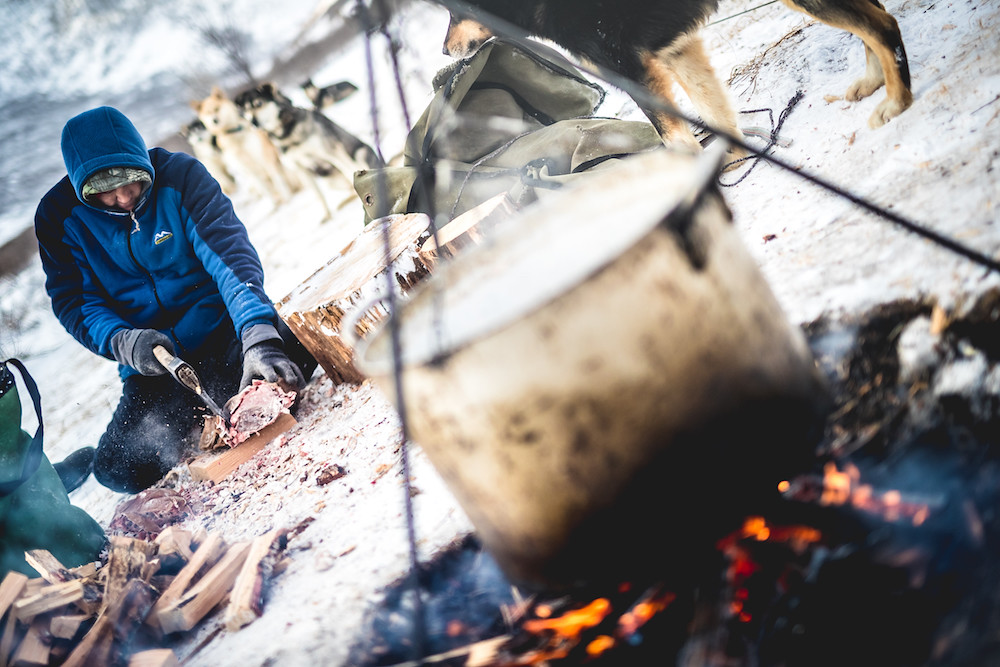 The temperature went as low as - 40, but usually it was around -20. We had some days that were really sunny and nice, but as well days full of wind and snow, so we even needed to turn back because it was not possible to continue. The dogs were getting two tired, everything was getting frozen (including my eyebrows :D and we could not see almost anything. Luckily I was equipped by lot of stuff from The North Face, so there was no issue at all. One day I even fell down to the water as the ice got broken and I ended it up in the river up to my shoulders. It was really bad for few minutes, until we set up the fire, got warmed a bit and changed, but at the end it was just another great story during the trip. There was a stove in the tent which made it super hot inside, so I barely used my -40 North Face sleeping back I was told to take with me. 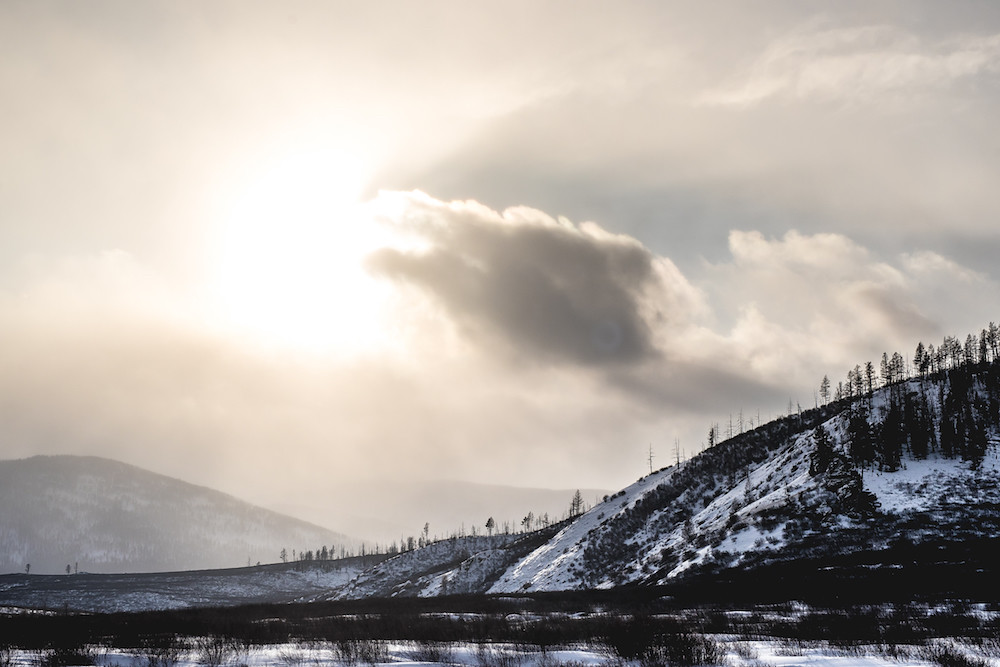 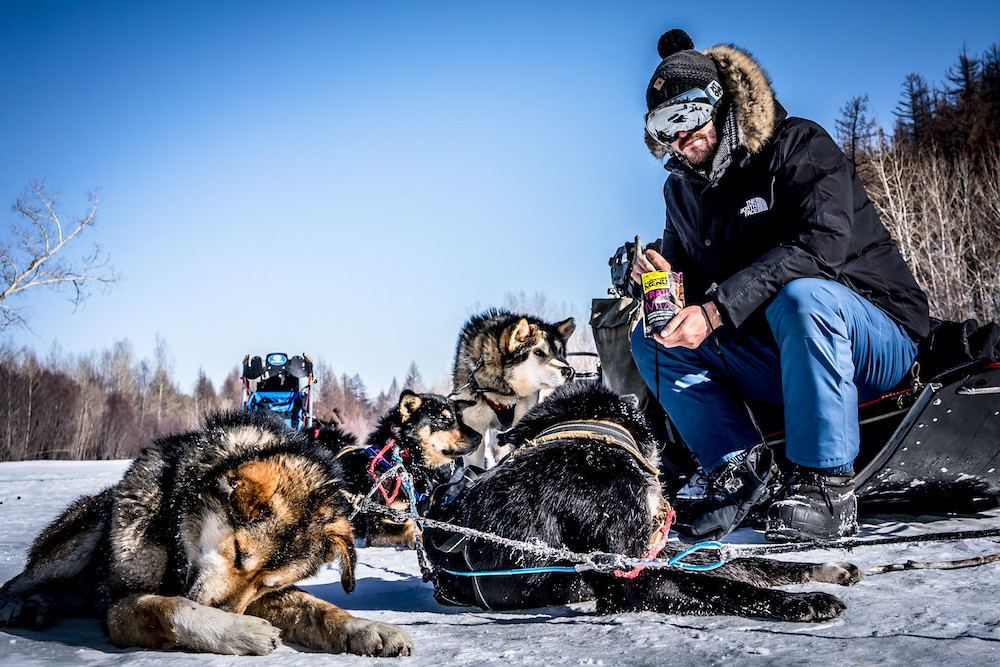 From the photography and videography side of the trip, I took my Canon 1DX mkII which had no problem at all, even the batteries last an enormous time, which I did not expect. I struggled a bit with the DJI Mavic Pro as it did not want to start few times due to low voltage in the batteries but when you did not care about all the errors and dismiss everything you could fly it quite normally. The worst was the Go Pro Hero6 which was getting out of the battery in few seconds. When I took it out of my pocket while it was down to -30 and switched it on, it lasted for not even a minute and switched off. When it went down I just took my Asus Zenfone and record some videos with that as it did not seem to struggle with the cold at all. 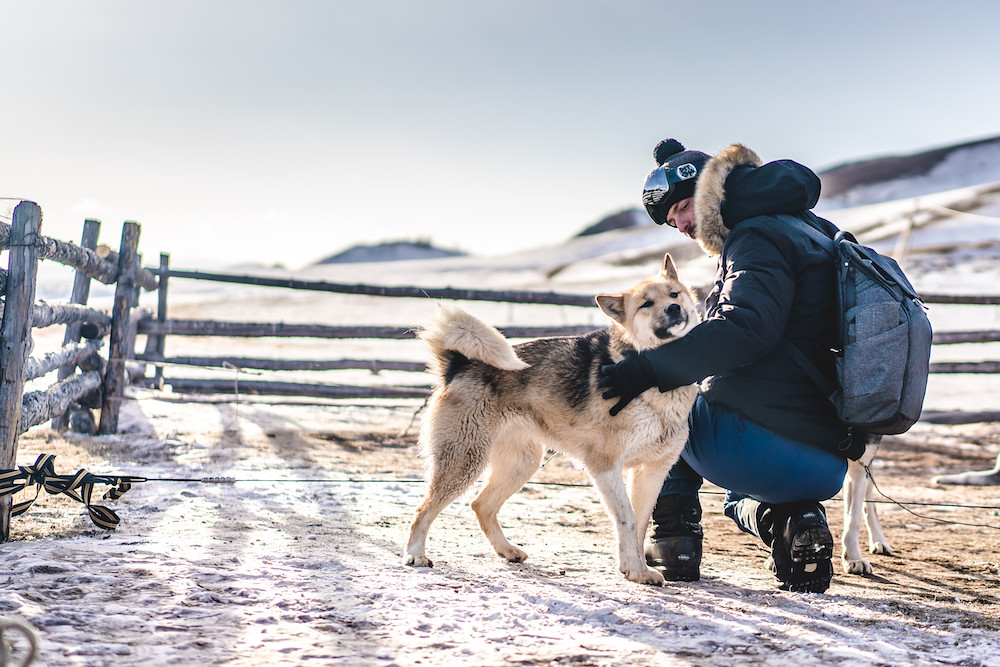 At the end of the trip we spent one more day in Ulaanbaatar just to drive and walk around, but as I was a bit sick we got back to the hotel after few hours and just relaxed and got ready for the flight back. Fortunately for me the flights were all ok and on time, so no other unwilling surprises on my way back home. 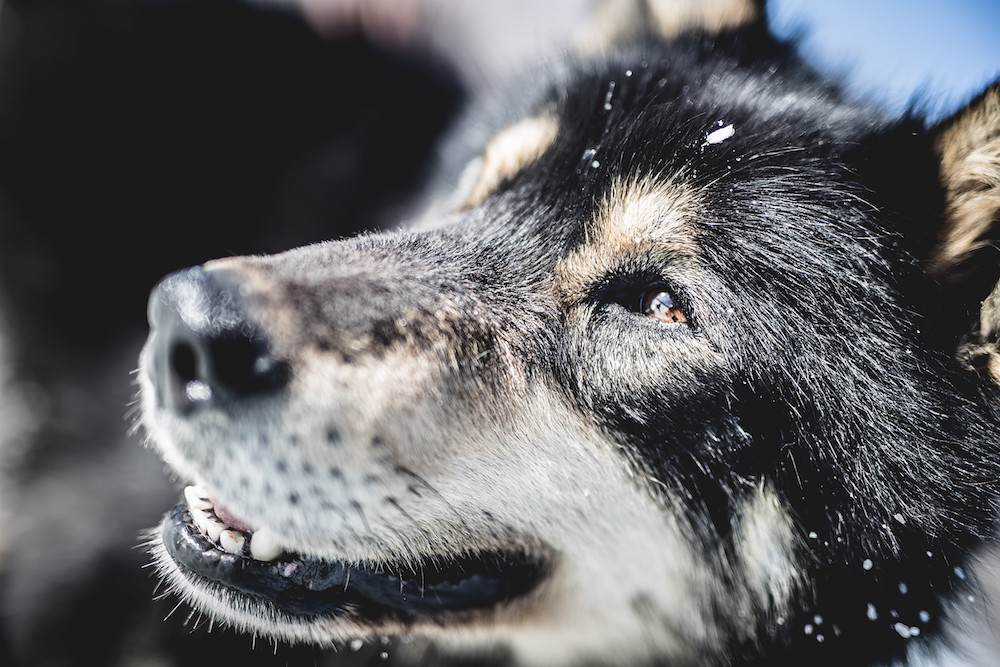 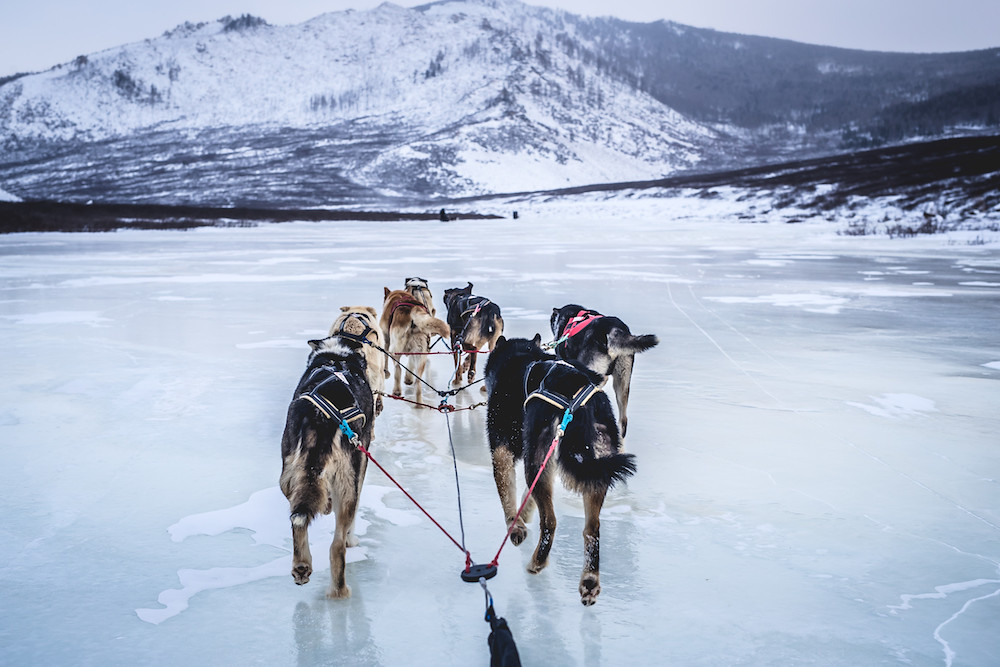