My very first experience of shooting on the water a bit different compare to my usual motorsport photos I take, but definitely not less interesting. I was lucky enough to meet Pierre during the rally of Morocco as they put him into the same car I was in. You never know who you can met in the middle of the desert and where it will take you. This time it took me to lake Garda in Italy for the first GC32 series race. Quite new series that brings together both professionals who take it as a training for the Americas cup and privateers who want to get some experience and compare themselves with the best catamaran`s sailors. 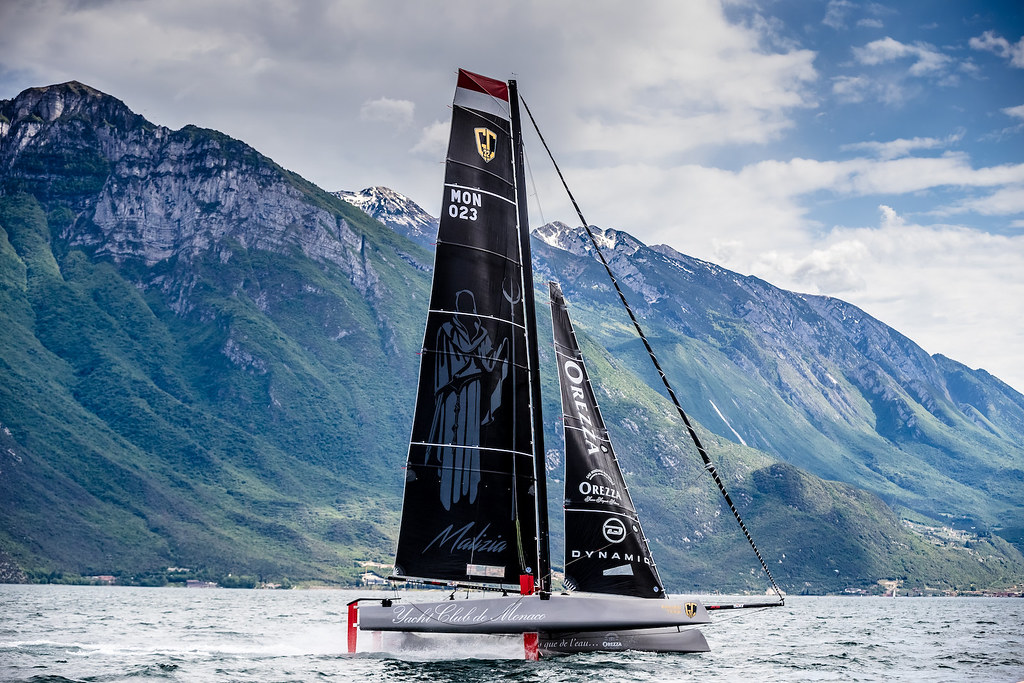 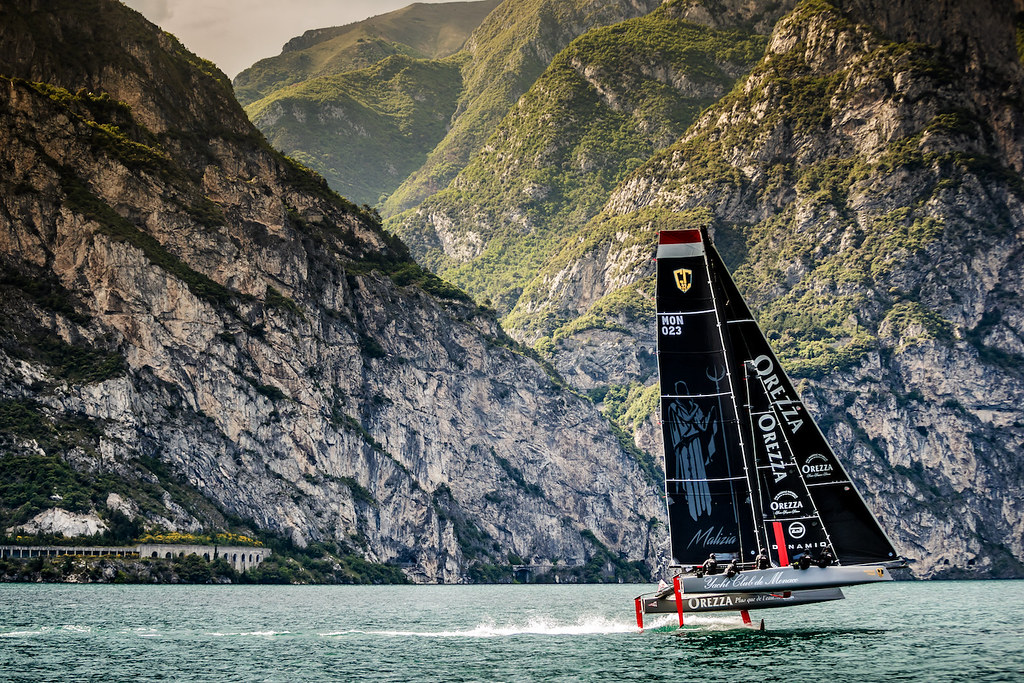 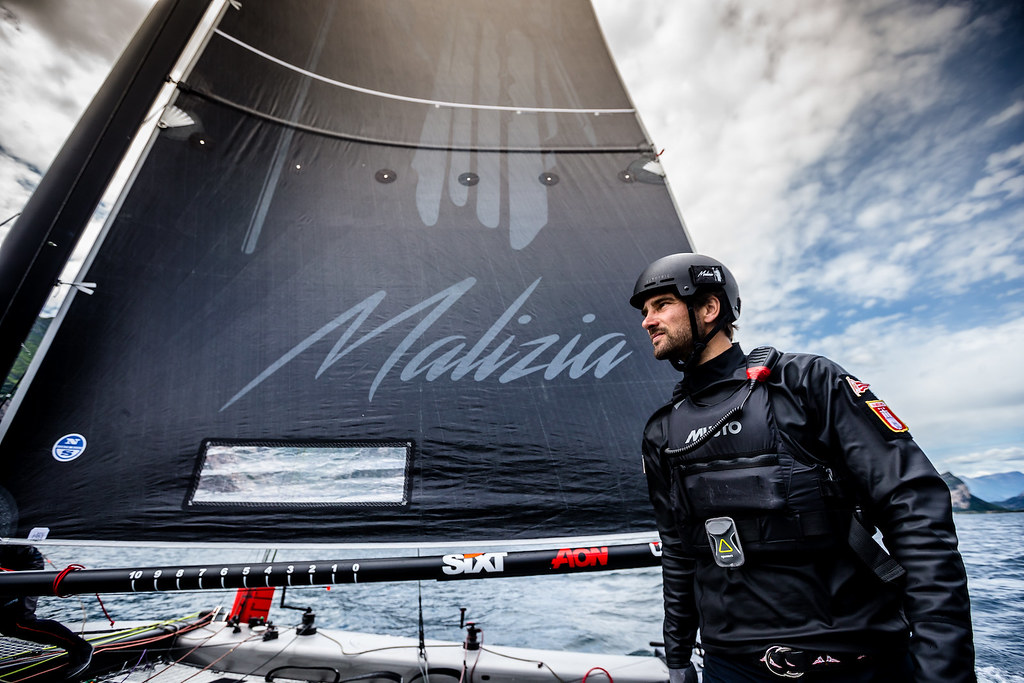 I could not imagine a better place for my first ever boat`s shooting than lake Garda. The lake itself is extremely nice and together with the surroundings around is just breathtaking. It was my first time there but definitely not a last time. I wish I could have more time to explore it around next time. We spent there a whole week, shooting some profile shots of the team, as it was the first race of the year, some days of testing and then the race itself. It was a combination of shooting from the ground, from the powerboat, that follows the catamaran and on board of the catamaran itself where I went during the training for a while and I took a few drone shots as well. 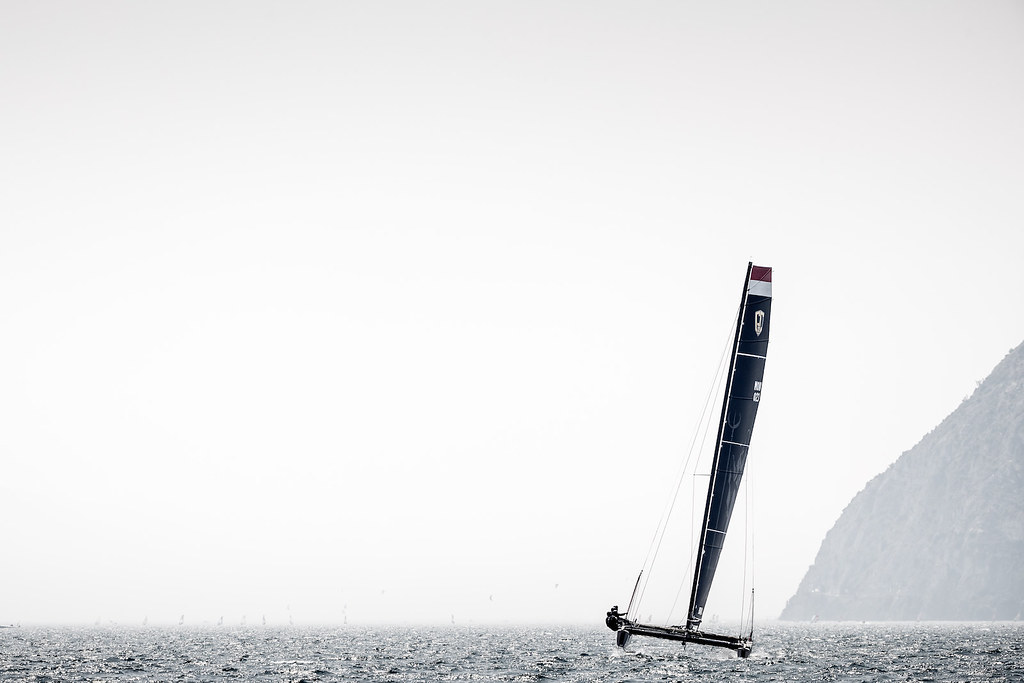 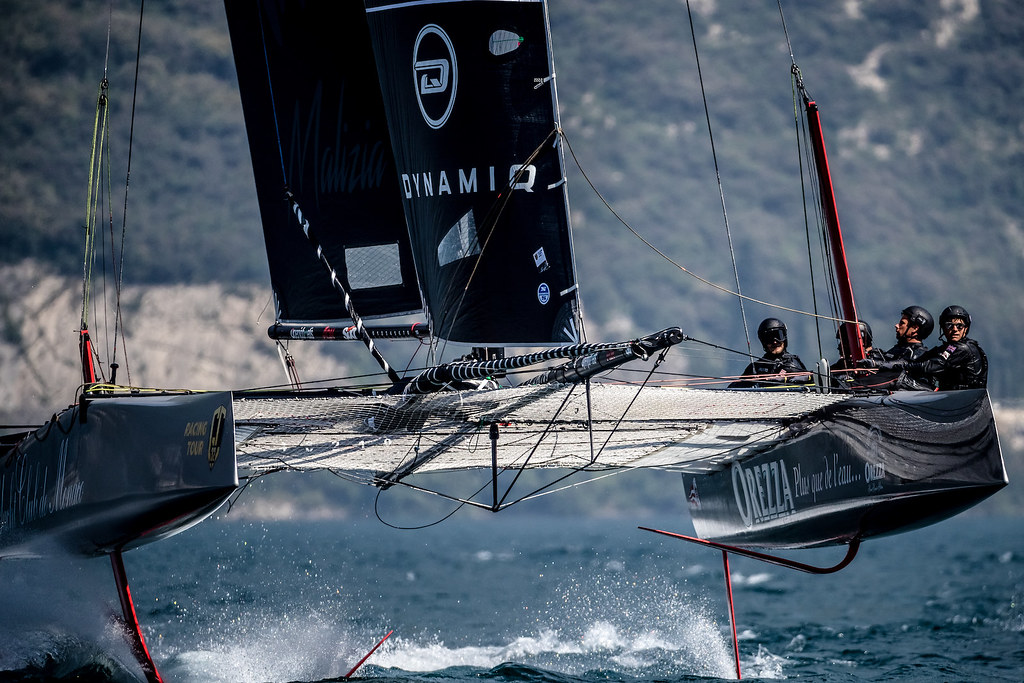 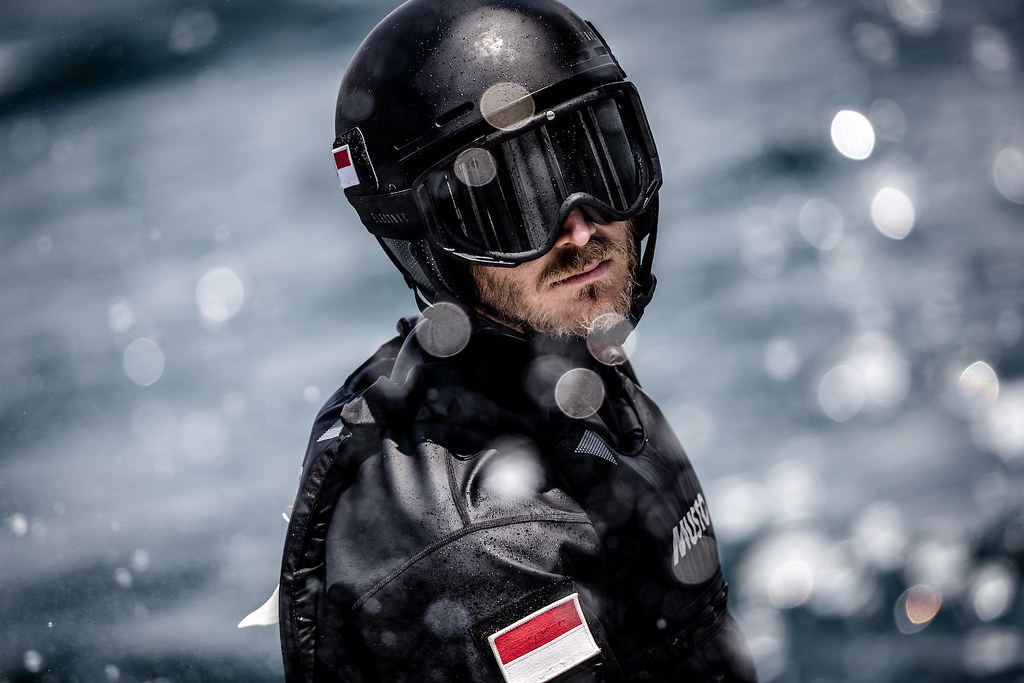 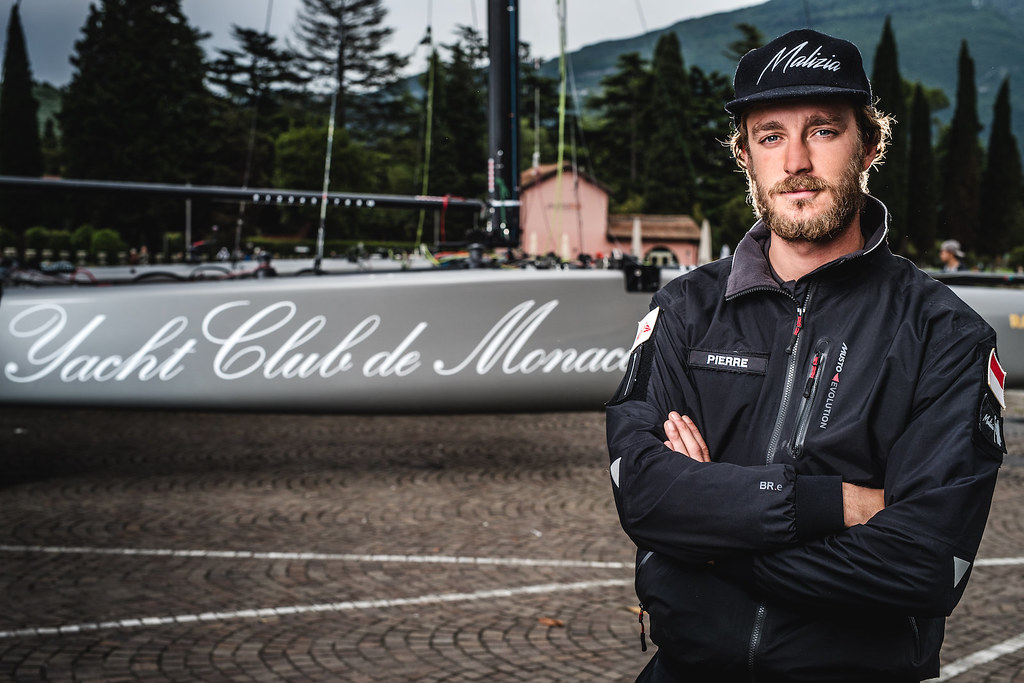 The most important thing was to have a long lens there as the distance that I was shooting from  was quite bigger than I am normally used to during the rallies. I had the chance to test the awesome Canon EF 200-400mm, that I got from the Canon Czech republic and I need to admit that it was even better than I expected. Together with the new Canon 1DX mark II - an awesome experience. There was more than enough light, so it did not really matter that the lens is a bit darker: F4. I was really happy with the focusing that was really precise and fast and I switched several times the 1.4X extender on. The only thing that I cant really imagine is to carry the lens around while I am at the rallies, walking in the dunes, mountains etc. It is quite heavy and I could feel it after a while being on the power boat, jumping up and down with lens, but that is just a minor thing and I guess, when you see it you expect it is a bit heavy. 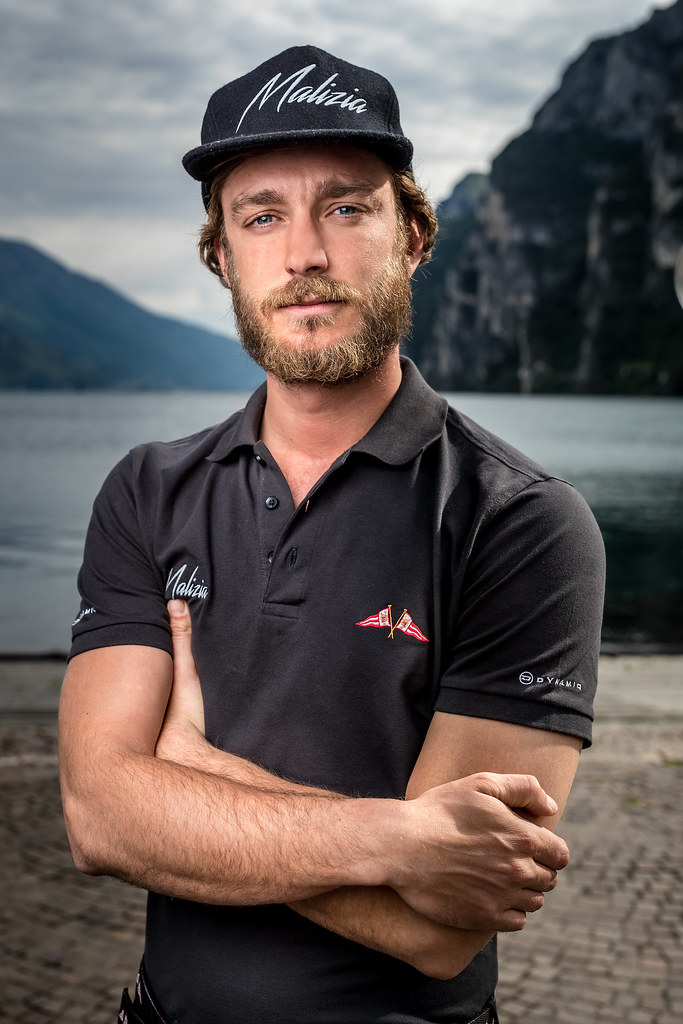 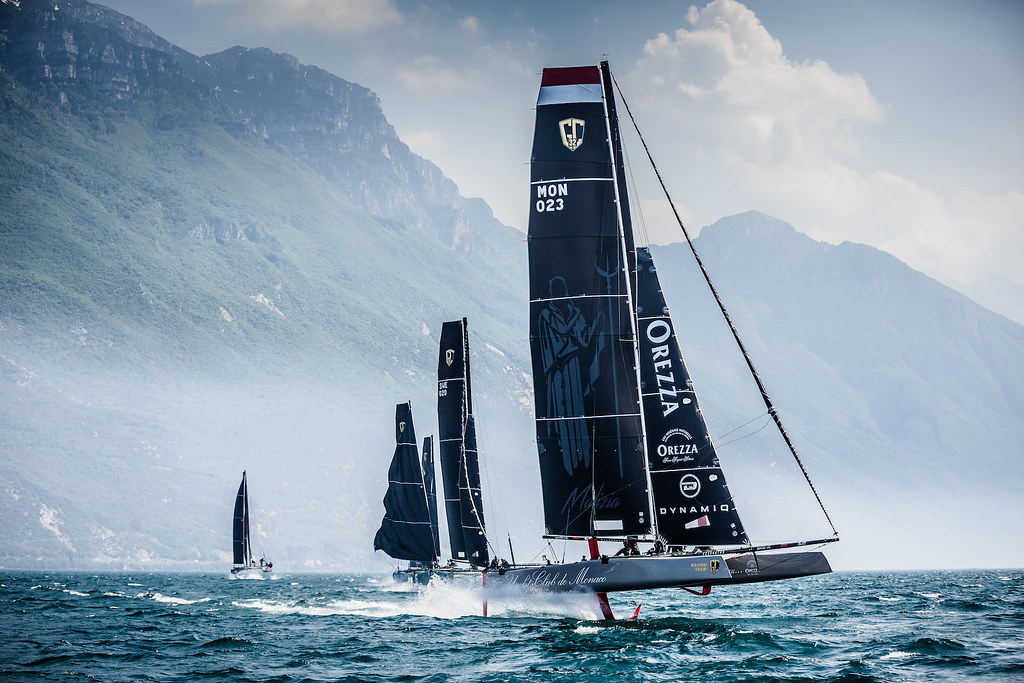 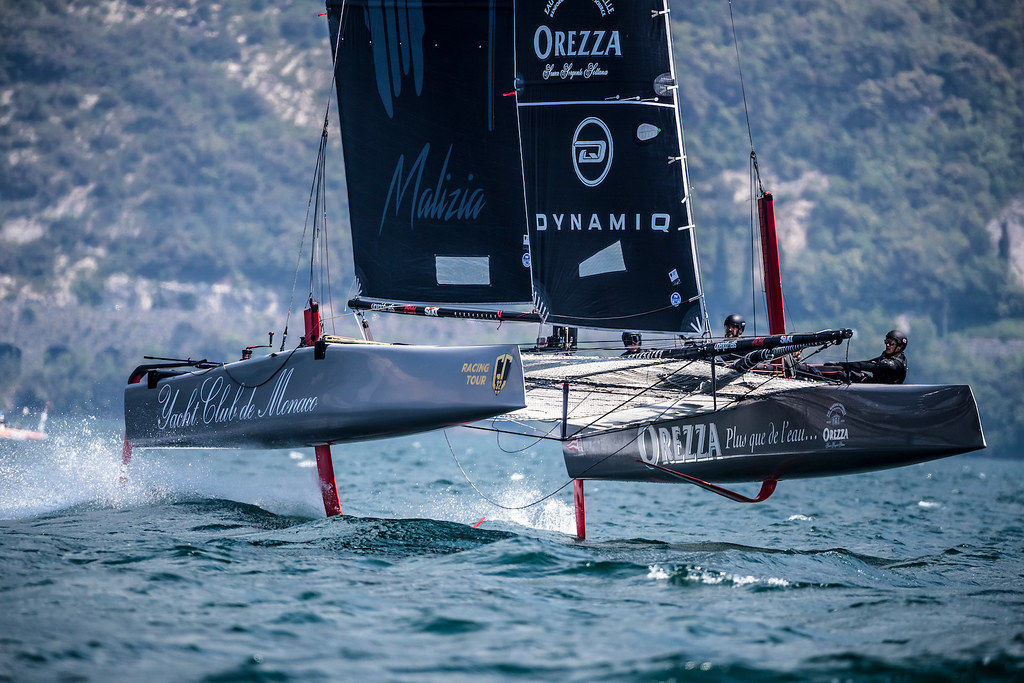 As I wrote above, at first we did some profile shots with each of the member of the team, plus one fashion shooting ( there would be a separate post about it) and then I went out on the catamaran for the very first training run. Not sure if its was the best idea to go there for the first run as I had no idea what to expect. There is a lot of water coming on board, so I put my lens-protect covers on and hoped we would not end up in the water. Unfortunately it happened. I was siting in the front of the catamaran, aiming towards the crew, means backwards to direction we were sailing. Suddenly the team made a small mistake and we went down from the wings that the catamaran flies on to the surface of the lake, that means around 1,5 - 2 meters down. I just felt when the boat hit the water and started to feel that the front of the catamaran, together with me,was coming down.I just put the camera as high as I could, holding the net with the other hand so I did not fall down into the water. The camera got quite wet, so I just turned it off and jumped out of the catamaran to stay rest of the day on the powerboat. Luckily everything was ok and the camera was working.   Fortunately for me I did not need to go on the catamaran again as it was prohibited during the race itself as the wind was too strong and the organizers did not let the teams to take anyone else on board as it was too dangerous. They were quite right as our team`s  boat even “rolled” in one of the races and that was the moment I was really happy I was not there. 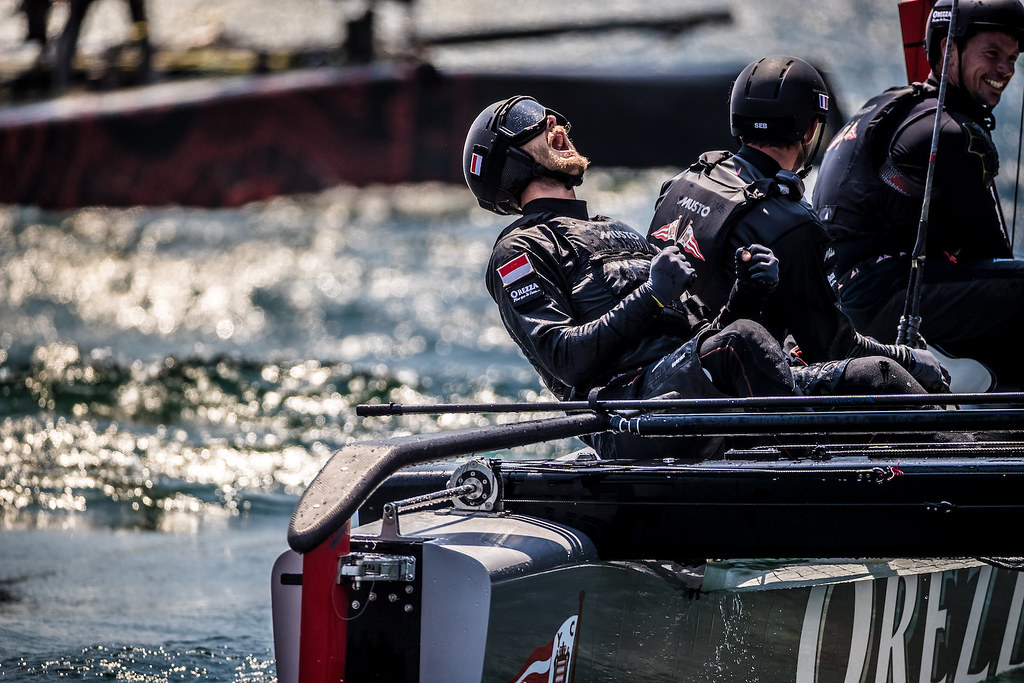 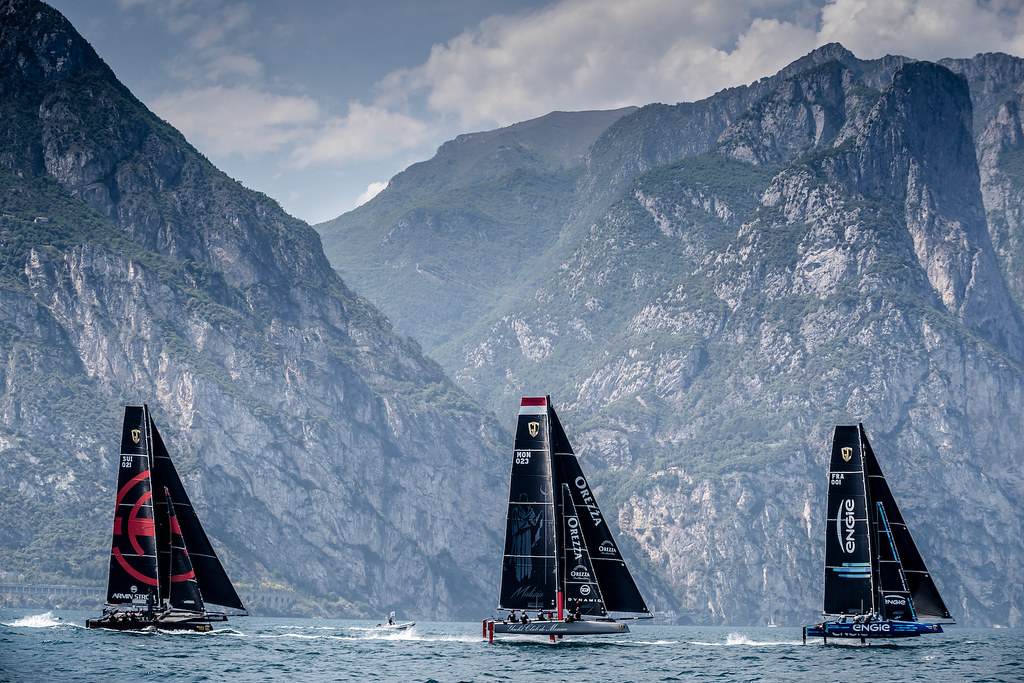 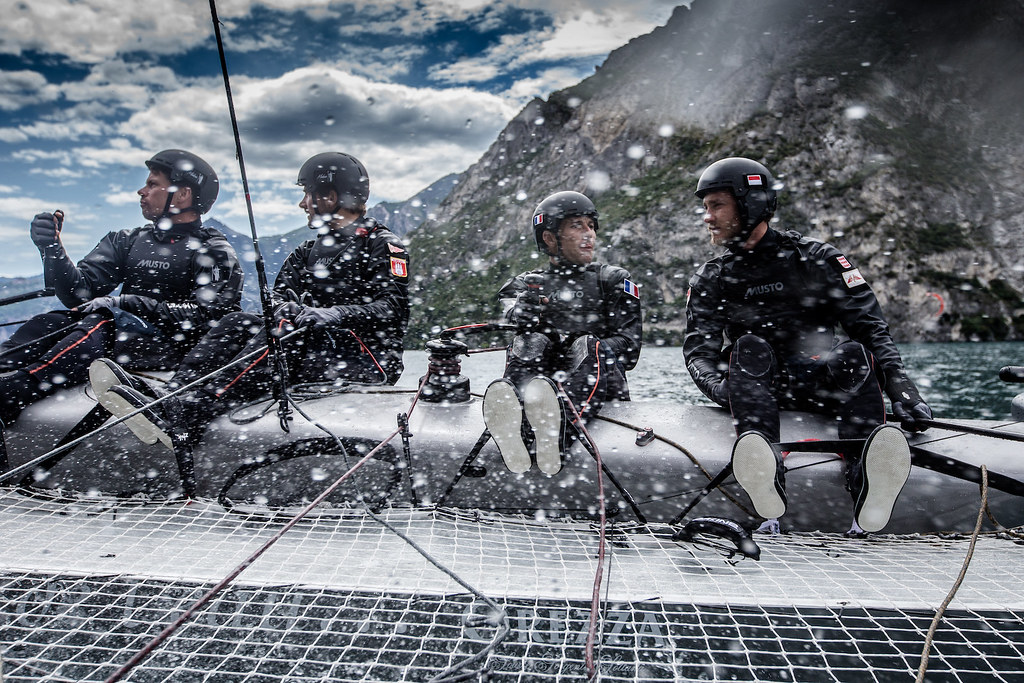 I spent most of the time on the powerboat as it was the spot I could get closest to the catamarans. It was quite difficult as the boat was moving quite fast and hitting the waves I was literally jumping on board.   All together a great experience, awesome atmosphere inside the team, lovely landscape, I am definitely coming for some of the next rounds to cove more of this very interesting sport.